UBS wealth management: 1-billion-franc-project involves more than 1,400 employees and will run through 2018

While Swiss financial place is shaken, many Swiss private banks consider outsourcing or establishing their operations in Luxembourg; UBS Wealth Management has decided to concentrate its infrastructure in Switzerland with a 1-billion project; effects on job employment are still unclear but cost reduction target is 2.1 billions.

Other news in the last 2 weeks:

There is no reason not to make such a dialogue possible: Hello Alexa, my voice is my password. What is my portfolio performance and risk this morning? … And what were the triggers of this situation ? … Ok, so let’s reduce my exposure on US equity markets for now and stay cash. Alert me immediately on my mobile if the situation changes one way or the other.

One month ago on September 13th, Bruce Schneier had revealed that someone was learning how he could take Internet down. It seems he learned quickly.

Technology is a Pharmakon: it can bring the best or the worst.

Let’s imagine a major blackout of Internet during a sudden and intense move of financial markets. Internet users would not be aware or would not be able to trigger their stop loss orders. I wonder how much wealth could evaporate during such a blackout. Let’s imagine it lasts 1 day, 2 days, 5 days… ?

Negotiation for market access are ongoing with France, Italy and Spain, and Joerg Gasser seems optimistic.

I personally believe it will happen, but most probably not before 2020 as we need to see what happens with Mifid2 and Automatic exchange of information in 2018, and certainly not before Brexit dust has settled.

Let’s face it, France, with its long tradition of banking monopoly, will want to wait for the effect of automatic exchange; France will want to maximize assets repatriation and lock them in, before giving access to Switzerland.

US will do the same with FATCA before looking at their own offshore issues. At least this is what I would do… no reason they would precipitate to satisfy Swiss banking. Swiss market share in Offshore banking dropped from 33% to 25% in 15 years. They may want to wait a little bit longer.

Update: We are sorry to inform you that after 2 years of good service, we discontinued this weekly news briefing.

This is Coup d’Oeil, a periodic review of international news on Wealth Management to look at weak signals and beyond Swiss tropism. Curated and brought to you with passion and care by alavise advisory. 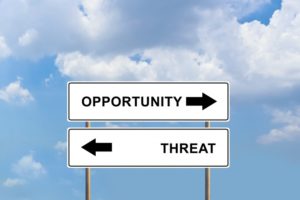 Note from the Editor In Coup d'Oeil, we observe the[...]