This article has been published in french speaking swiss economic magazine Bilan.

Does anyone understand why S&P500 is reaching these levels while World GDP is growing much slower?

While discussing with a bullish trader, I asked the question and the answer was, “economy is growing, so is S&P”. Fine, but let’s compare the growths we are talking about.

It is fair to assume that S&P500 is fueled by global economy, as the companies composing the index are mostly globalized for revenues and costs. The S&P500 is an average of 500 large US companies. Some may grow faster than others. But on average, the index should more or less follow global growth. Therefore it makes sense to compare S&P500 growth with World GDP growth [1].

I created this graph starting at the S&P500 level of 247 at the beginning of 1988 (source Yahoo! Finance). The Orange line shows actual S&P500 value. The blue line starts at same 247 level and grows at the real rate of World GDP (source: World Bank) [2].

We may admit that there is growth anticipation in companies stock value. Let’s have a closer look.

Assuming a 5% average annual growth from now on, World GDP would reach the current S&P500 level in… 2034.

This is 17 years anticipation!

Of course we can explain this by low interest rates, massive injection of liquidity into the system, credit leverage, financial industry which nurtures itself and, more recently, Trump trade. But credits need to be reimbursed at some point, and behind financial industry you have real companies with a stock value that should represent intrinsic companies value, therefore their profit and growth, therefore real world GDP. We can anticipate a bit (because of credit and optimism), but 17 years? How much is enough?

The graph shows GDP and S&P started to diverge in 1995. Could anyone recall what happened in year 1995 or just before, because it seems there is a crucial trigger there? For sure, this is during 1990s that the process of deregulation was finalized in most countries.

By the end of 2008, real world and stocks were abruptly, but perfectly, re-aligned. Quantitative Easing was introduced to support real economy and clearly fueled financial markets divergence again. Until when?

These questions are important and not just for traders or US people anxious to manage their retirement capital, because with each financial crash, the real economy also suffers, severely.

I always welcome your feed-back.

[1] Even for companies in the S&P that would focus on the US Market (any?), World GDP is still a good benchmark, as World GDP growth is aligned with US GDP growth (not surprisingly for a global economy). [2] Calculation sheet
0 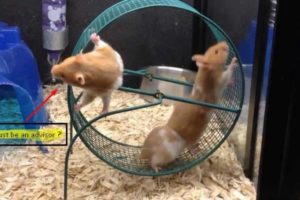 The difficult job of being (and staying) an advisor ?

When the daily lives of our clients is to run a business or a position, ours is to cope with the exceptional. What our clients consider an exceptional project as they are confronted with such issue maybe once or twice, is actually our routine: critical issues, change projects, sensitive transitions; whatever sector and size; in different cultures. 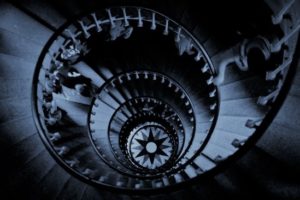 This article has been initially published in French in Bilan.ch, Swiss economic magazine. The next challenge of the Swiss Wealth Management industry is to focus on service rather than transactions, clients rather than products, the real cost of a client relationship and a fair win-win price. With this it could achieve renewed long-term profitable development.